In a sense you could say this beer has unwittingly been in the making since 1852 when Commodore Mathew C. Perry first sailed his ships into Japan’s Edo Bay. Commodore Perry is in the history books for opening up trade between Japan and the west, and along with it the diffusion of art, history, ideas, and culture. ⁣
⁣
Drew Perry, our Co-Founder and Head Brewer,  is a direct descendent of the Commodore and when his long time friend joined the team at DD4D Brewing in Matauyama Japan, it only made sense to come together on a beer that would fuse together pieces of Japanese and American cultures. Collaborating from almost opposite ends of the world led to some late nights/early mornings but it was well worth it…⁣
⁣
So 167 Years later, a Perry returns to the Land of the Rising Sun, not with black ships this time, but with this full-powered stout carefully aged on Japanese cedar with a touch of Moshio salt.⁣

Where you can get it!

Available for curbside pick up at our brewery or check your local retailer. 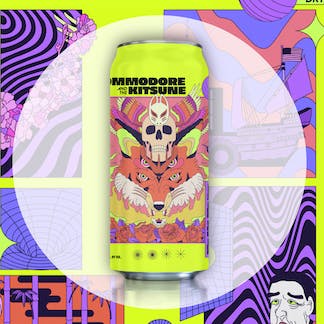 You're viewing: The Commodore and Kitsune (Collab with DD4D Brewing) 4-Pack 16oz Cans $17.00
Add to cart